Ariel -MEN CAN BE SUPERHEROES TO THEIR SUPERWOMEN and #SHARETHELOAD 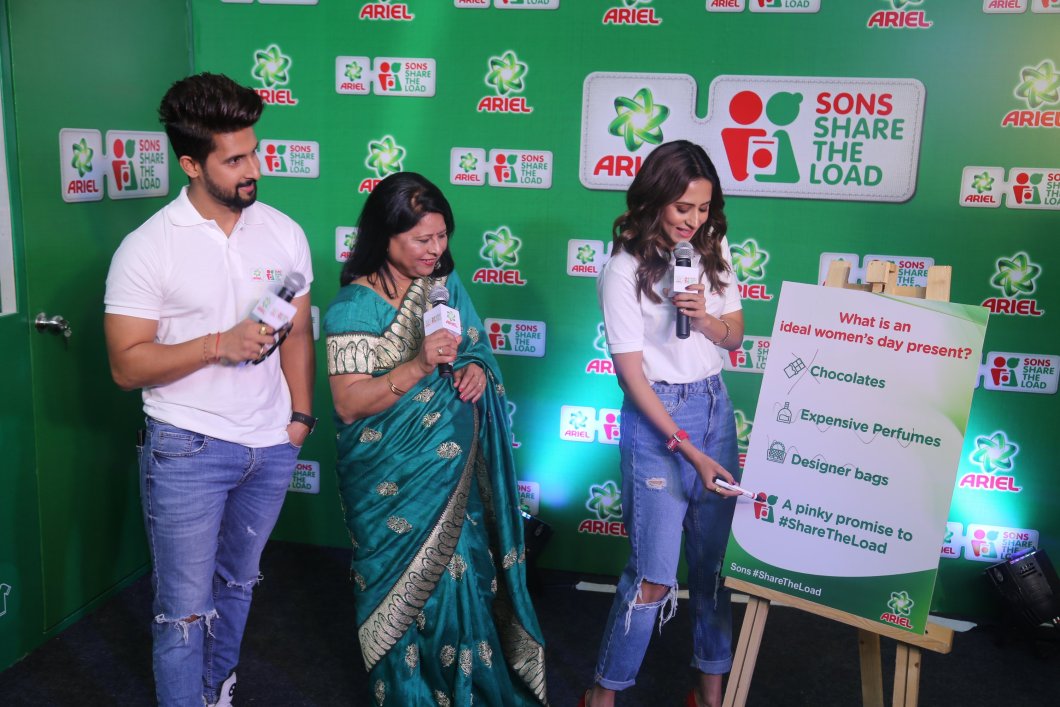 Popular television actors and real-life couple – Ravi Dubey, Sargun Mehta along with Ravi’s Mom Sudha Dubey were present at the special screening of Captain Marvel at Select City Mall, PVR Delhi and even interacted with consumers, bloggers and media. They emphasized on the need for gender parity in a relationship and having an equal household. Sargun and Ravi also thanked Ravi’s mom Sudha for instilling in him at a young age the importance of doing household chores like laundry and cooking hence enabling them to be a Super Couple today as they #ShareTheLoad.

Acclaimed actress Sargun Mehta added, “Ravi is a great partner, he takes care of my needs and requirements and is always there for me. Equality whether at home or work comes naturally to him. But I would like to credit our Mom Sudha for this and thank her for bringing up a son who believes in equality in a relationship. I wish all men could demonstrate equality and #ShareTheLoad not just on Women’s day but every day.”

Ravi Dubey said, “This is the first time ever I am doing an event with both my superwomen – Sargun and my mother. I am thrilled, and thankful to Ariel for arranging this. Both Sargun and mom, have had a deep influence on my life. I want to thank my mom – the original and ultimate superwoman for teaching me early on to #ShareTheLoad. And then, there came Sargun. She has been the perfect partner for me, and I try to be the same for her every day. Being an equal partner and #sharingtheload is a default setting. After all, it’s our Load.!”

Sudha Dubey, Ravi’s Mom said “I am so proud of my children Ravi and Sargun! The way they have successfully balanced their career and personal life speaks volumes about their equation as a couple. I have seen the way that they share their responsibilities, be it managing the house, their finances or even taking care of each other’s parents. I am proud that my son is proving to be an equal partner to Sargun. As parents, it is on us to raise the next generation as an equal generation. I would encourage all parents to teach the next generation to #ShareTheLoad and enjoy the benefits by seeing them so successful and happy with their wives, when they grow up, like I am today!” 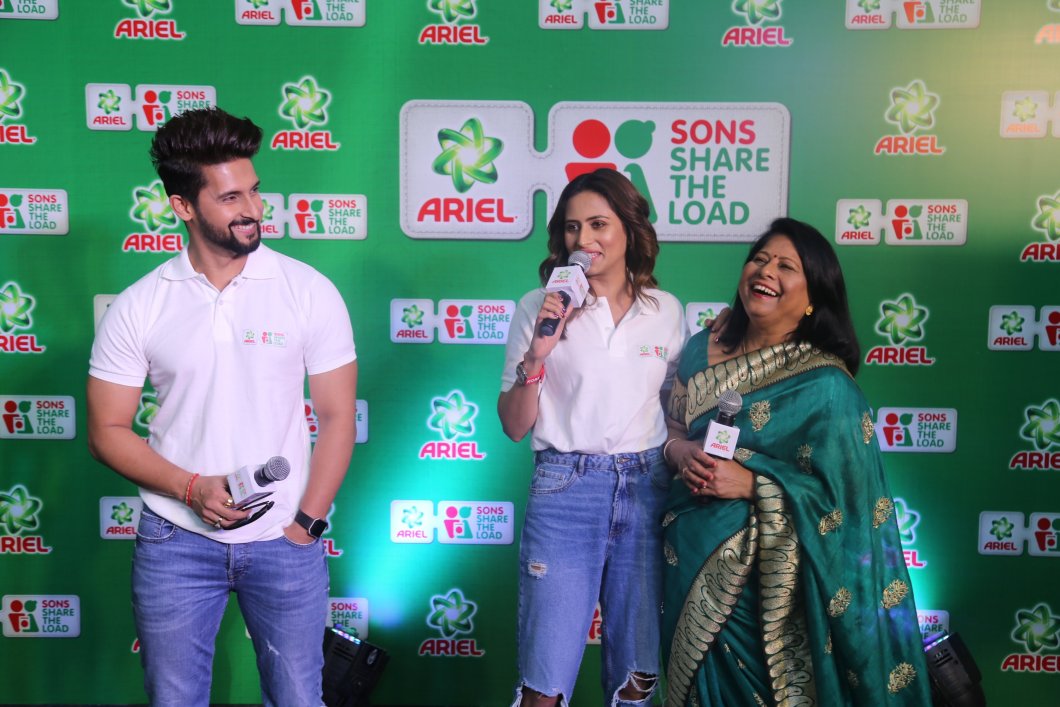 In a very sweet gesture, Ariel invited men to record a personal message for their Superwoman, which Ariel will send out on their behalf. To further normalize men doing household chores like laundry, Ariel has put up eye-catching installations at PVR theatres across Delhi and Mumbai. A special screening has been arranged in both cities for Ariel’s #MyCaptainMarvelous online-contest winners, bloggers and other marvel enthusiasts. The men in the audience were also taught how to do laundry, so they can go back home and #ShareTheload – EVERYDAY!

Ariel has been unearthing the reality of inequality within households since 2015 with their award-winning movement #ShareTheLoad. Ravi and Sargun brought forth insightful conversations and personal anecdotes on the disparity within households and changing times today. They highlighted that while more men today are sharing the load than ever before, we are still many steps further from the ideal state of an equal future.

The newly-released edition of #ShareTheLoad raises yet another pertinent question in the direction of household inequality – Are we teaching our sons what we are teaching our daughters? The film that urges mothers of today’s generation to raise a generation of equals has resonated with many parents, newly married couples, influencers and has already received tremendous support and commendation from audiences across India.

The film that released on January 24th, 2019 garnered 25 Million views in 1 month, and they have just begun! Ariel continues to have this conversation by making laundry the face of the movement against inequality within households, because with Ariel, anyone can get best results no matter who does the laundry.